I challenge you to write a story (can be short or long) based on the song Closer by Nine Inch Nails. You can include any characters you want (and Michael of course) If you haven't ever heard the song, then listen to it, and then see where your mind takes you!

So this is my idea of some humour <3

So it is the year 2013 Michael and Lisa are exs

They are all going to the grammys . Lisa was not seen Michael is so long . Latley she has been fantesisisin about they great times they had filming You are not Alone.

At the awards after Michael preforms she is so turned on , and Lockwoods see it .

She goes to the washroomto cool off but she ran into Michael in the mens washroom changing out of the famous goldpants ( or just some really hot cothing ) . Just picture Michael in a undershirt looking in the mirror wiping sweat offhimself . Also in a fancy washroom .

Michael who will be really flirty in this says : So you really miss my dick hun babe .

Michael: biting u r lips and staring at my jr is nothin then ??? Arnt you married to whats his face . How is he satisfing you hun ? * Winks at Lisa then taking of his shirt and puting on a suite *

So that is all I got so far Michael should be really flirty and teasing but still Michael's personality . Do you wnt this Idea ????? 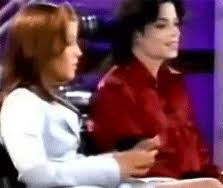 Hmmmmmm, I was thinking of writing a story and I have a plot but oh yeah!! I have no talent for writing, LOL. So heres my train of thought, as I love mature Michael, he had faked his death and is living quietly on his private island. His children and family and a few friends know and visit often. He goes to L.A. incognito to do some shopping and observe people and sees the most beautiful woman he has ever seen with that unknown quality he has never really found before. A woman with quiet beauty and almost fairy like way about her. He cant let he go.....

Now heres the challenge, how does he woo her? How does he reveal himself to this woman and keep the peace he finally acheived? And if love does happen, will he convince her to leave her whole life behind to be with him? So all you amazing writers please accept!!

The characters for this story must be:

-Michael Jackson (of course!) in any era you want.

-Any other character you want to include.

-A sexual scene with Justin Bieber.

-A scene where Tom Sneddon dances to Michael's muisc.

It must take place in:

*Any categories are allowed*

So, I challange you!

There is a few ways this could go...

Michael as a kid could have had a imaginary friend      ( that is a girl) and soon he grows older and forgets about her. But now he is lonely and his "imaginary friend" comes to life! and then of course then fall in love. this could be in any era you like.

A girl as a child could have made up an imaginary friend (michael Jackson) and she forgets about him, and later as her life comes tumbling down and she is older, her old friend comes to life! And they fall in love.

Challenge: You must issue a love square in this book. It will be between a tomboy, a tough amazon, or a fluffy girly girl. He must choose one, but you can't make it so obvious, because he needs to flirt with all of them, and he can't just grope the tomboy and the amazon and leave the girly girl out. No, It just KILLS the readers excitement with who will he choose. It shouldn't be that hard. Long or short, round robins or flying solo.

The names of these three can be what ever you choose. Just don't go like Butch the tomboy or Wildtooth the amazon and Emelitite the Petite.

Everything down pat? Okay, good luck!

Anyone interested in finished novels?  I have a few. I challenge any writer who wishes to participate, to write a story of any length, meeting the following criteria:

Are you up to it? Good luck to all those who have agreed to take this challenge! Peace and Love!

- Michael is a massage therapist.

- A girl is his customer and

Other than that, you can make it up :)

Oh and it can be any catorgory or era.

Okay so I have a great idea for a MJ story but I'm already juggling two. SO I CHALLENGE YOU! LOL So I want the main character to be an original girl who plays Michael's receptionist. SHe's new and always held the same idea of Michael Jackson that everybody else has. Sweet, kind and shy exc. But once she gets the job she sees another side.....ANY Genre have fun!

Categories: None Characters: Original Girl
A Fangirl Chalinge!!!!! by Dreamgirl4Michael [Responses - 0] [Report This]
Summary: I chalinge you to write a story about a group of fangirls during the Jacksonmania era!!!!!!! I want it to be veeeeeeery over the top and be as crazy as you can be!!!!!! The J5 fans were pretty crazy!!!!! Jacksonmania was probably jjust as bad as Beatlemania, if not more crazy!!!!!
Categories: None Characters: Michael
A Hot Michaeling Minute by AnneinMpls [Responses - 1] [Report This]
Summary:

Write a condensed (ultra-condensed!) version of any book, lyric, video, movie, or biographical scene starring our lovely one who's life was all too brief.

I've submitted "Superfly" as an example, but it's a pretty poor one ;)

This one should be easy. All I want is Dangerous era Mike and the girl group TLC in one story. But all three of them need to be associated with Mike in some kind of way. P.S TLC stand for TBOZ,Left Eye,and Chilli for those who don't know

Tis is my first challenge, so I hpe you guys will respond to it.

It doesn't matter what era Mj has to be in, but he has to do one these few things.

>He must turn into a horse.

>A wizard who is a bad guy in the reall world to Michael (Bashir, Sneddon, ect)

>He most get into a blood bath fight with a wolf

>He & a celeb of your choice must do the nasty in horse form.

it can be any catagory you want, Have fun!!